Paper Maché is a French word, which means “mashed paper”. This art was born in Persia and was brought to the Himalayan region of Kashmir in the 14th century. This is one of the most beautiful handicrafts of Kashmir. Today, the state of Kashmir is home to thousands of Muslim artisans who create papier maché products for their livelihood. Once known as “Paradise on Earth,” the serene valley of Kashmir has suffered terrorism and battles due to political unrest between India and Pakistan. This has resulted in a drastic decline in its tourism industry, which used to be the main source of income for the locals. Industry jobs are scarce and farming is tedious, so most villagers now rely on craft production. Being on the foothills of Himalayas, the artisans battle extreme cold & rain, in addition to difficult terrains & terrorist activities.

Paper Maché is a composite material made by paper pulp, textile reinforcements & adhesives. Artisans first soak used newspaper for many days until the paper dissolves. It is then mixed with cloth, straw & starch to form a reinforced pulp. The mixture is molded in moist condition, left to set and cut into shape after drying. It is then filed and coated with glue paste & chalk. After again rubbing smooth with baked bricks, more layers of paper are pasted to avoid cracks. The base color and motifs are all created freehand, using non-toxic paints, then buffed and coated with varnish. Mostly bright colors are used, with extensive use of gold. Patterns are inspired by nature, involving flowers, animals & birds, and have a strong Persian zest.

SETU provides these artisans with sustainable employment opportunities, and thus our groups have expanded from initially 10 to over 20 artisans now. We also support these groups by sponsoring skill upgradation workshops, product development, solar inverters and so on.

Pl scroll below to check the products made by these artisans. 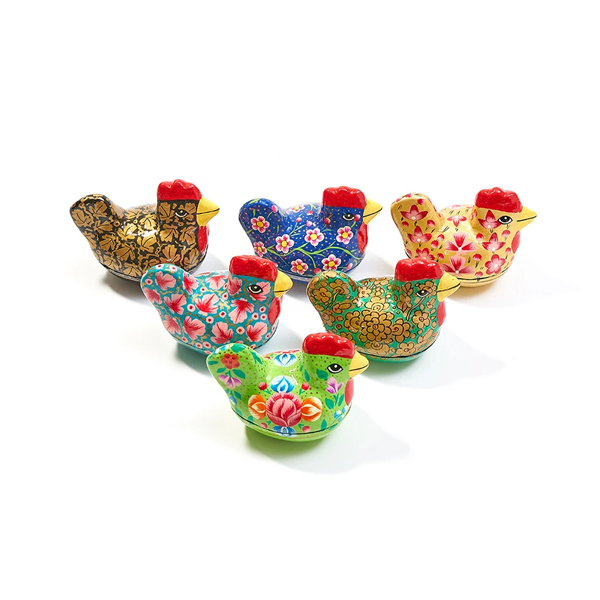 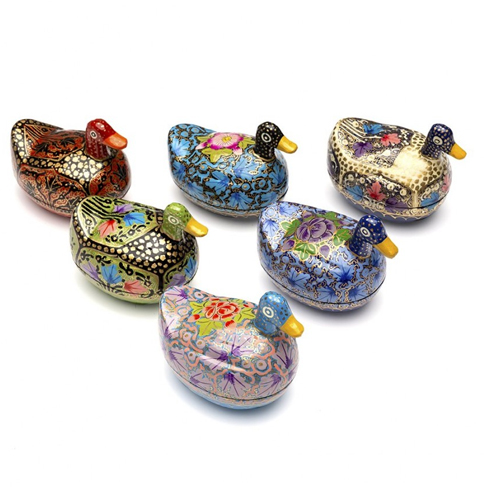 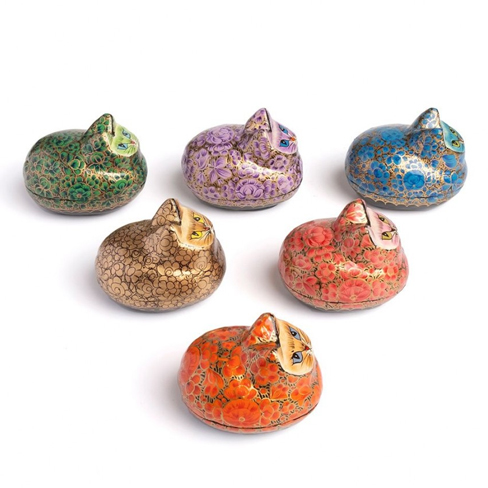 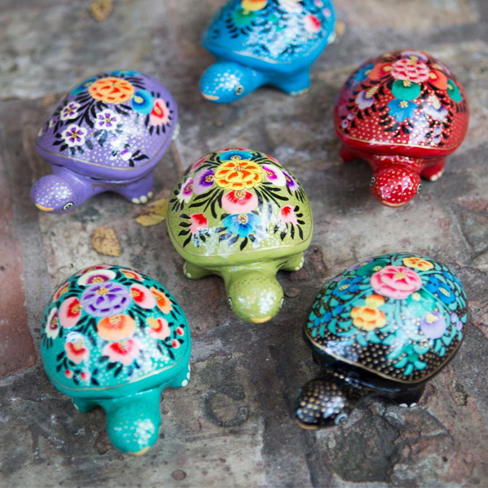 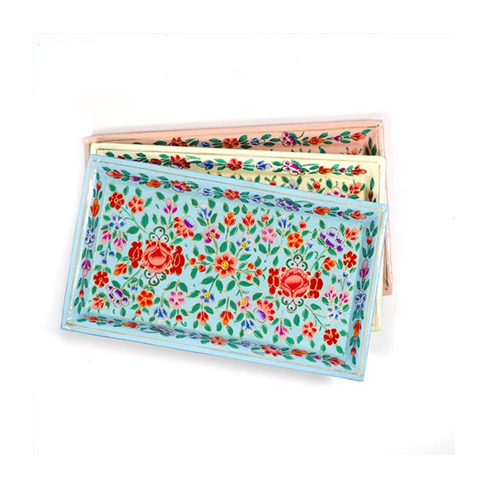 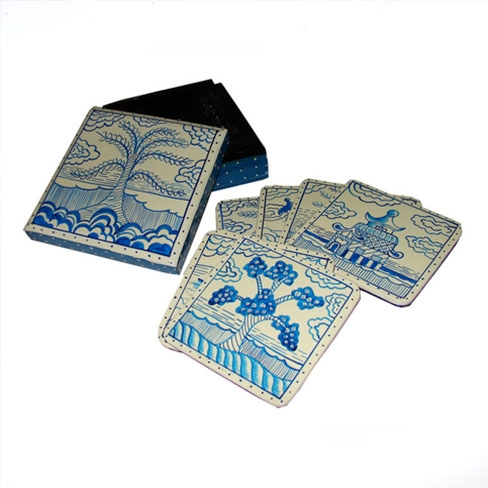 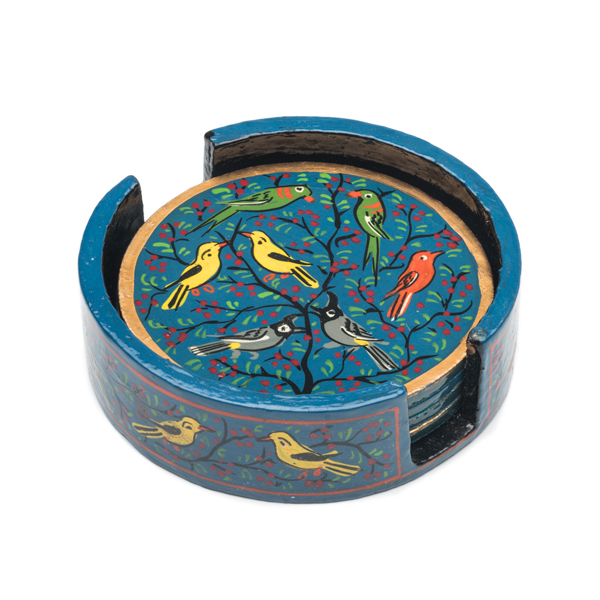 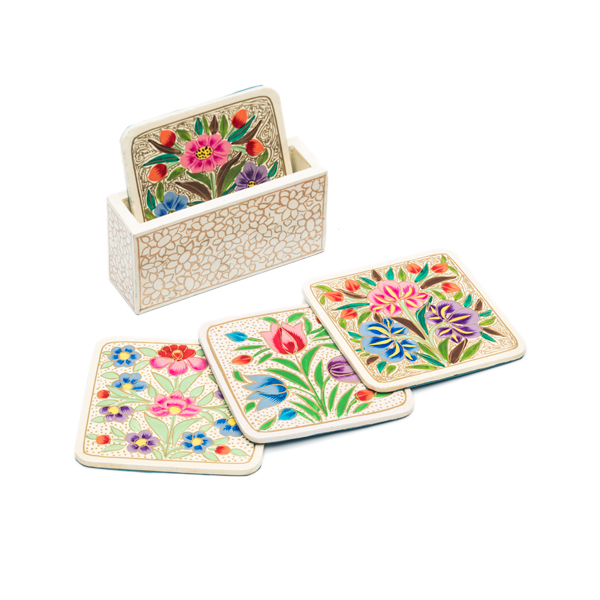 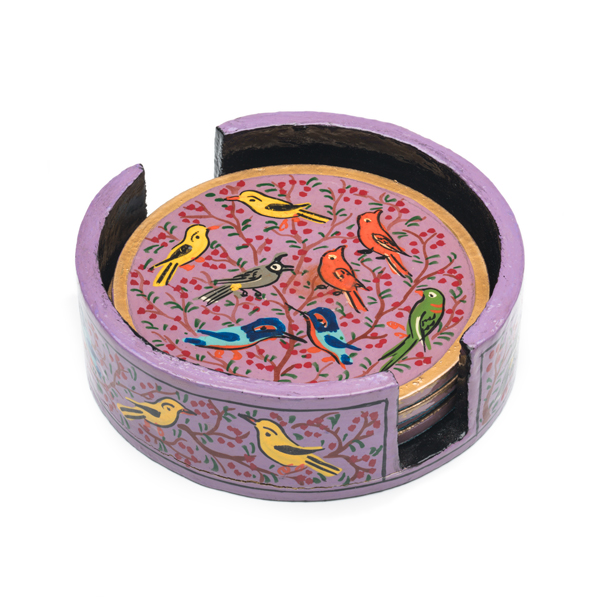 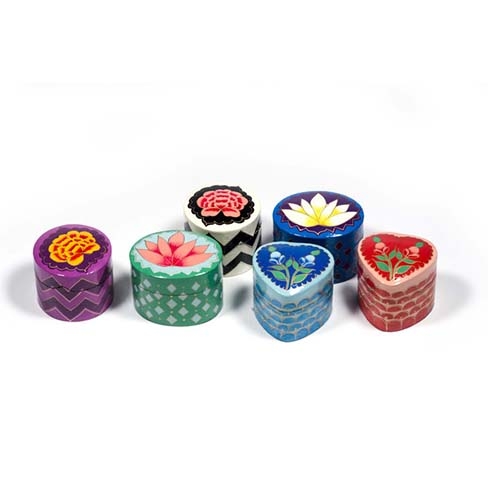 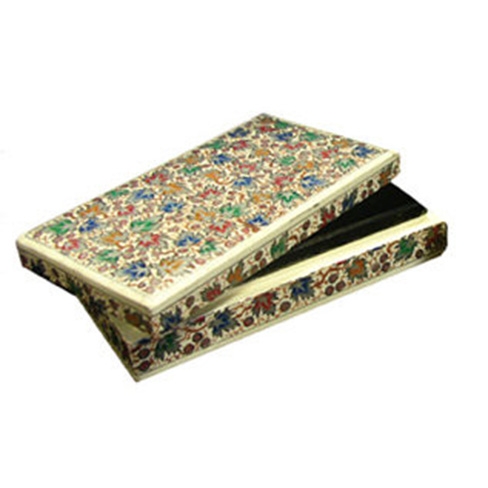 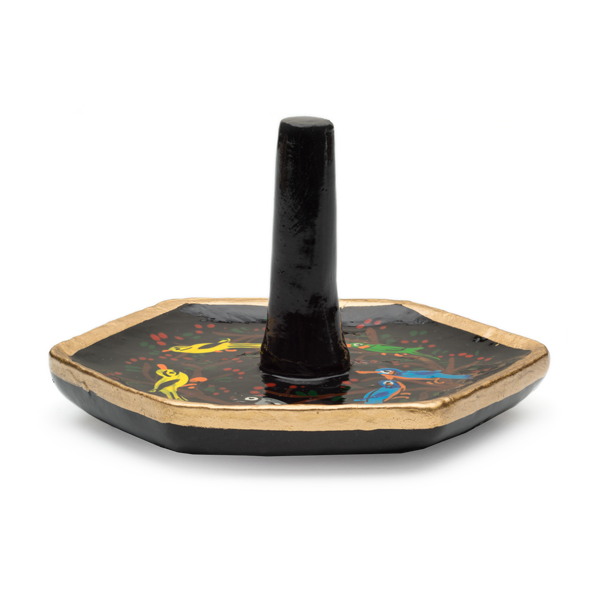